Carolyn Dunnigan, Dallas Morning News Journalist, Has Passed Away At The Age Of 75 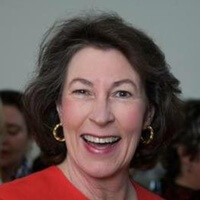 Carolyn Dunnigan, who became a staff writer at The Dallas Morning News in 1965 and received one of the first early Headliner awards from the Press Club of Dallas, passed away Monday at the age of 75.

After an internship at the Arkansas Democrat, Dunnigan joined The News in 1965 as a copy editor for what is now the lifestyles section. She also wrote numerous features for The News, initially under her maiden name. She won a Press Club of Dallas award for headline writing.

She married David Dunnigan, a city desk reporter for The News, in December 1966.

David Dunnigan said his wife was most proud of her 1970 interview with James Cash Penney, the department store founder, and his wife, Caroline A. Penney.

In the 1980s, Dunnigan joined her husband at a public relations firm he had purchased, the Rominger Agency.

The Dunnigans later became co-executive vice presidents of the Greater Dallas Planning Council, which advocates sustainable practices in the region.

Dunnigan left the planning council in 1995 to become the first female president of the Oak Cliff Lions Club. She also was the club’s first female member.

“She kind of dropped everything so she could focus on Lions Club stuff,” her husband said.

Dunnigan’s next roles were as administrative director of The Dallas Assembly and then the Dallas Friday Group, a public affairs organization. She was a board member of groups including the Well Community, which helps people with mental health challenges, and the Oak Cliff Society of Fine Arts.