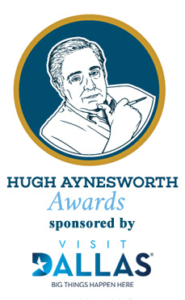 Dallas, TX, Oct. 2, 2017 – Seventeen news organizations and their reporters, photographers and editors were named today as finalists in the first Hugh Aynesworth Excellence in Journalism awards sponsored by the Press Club of Dallas.

The awards, which honor Texas journalists’ work completed in 2016, will be presented at a Nov. 30 dinner at the Sixth Floor Museum in Dallas. The event, which is open to the public, is scheduled to be hosted by WFAA TV sports anchor Dale Hansen. The awards  are named for veteran reporter and long-time press club member Hugh Aynesworth, four times a Pulitzer Prize finalist.

“These finalists represent some of the best work in journalism throughout the state of Texas in 2016,” said press club president Cary Broussard. “It confirms that, despite financial challenges and intensified scrutiny from the public, journalism is an essential and necessary part of a free society.”

The finalists run the gamut from large newspapers and television stations such as the Austin American Statesman and the Dallas Morning News and KXAS TV in Dallas and KSAT TV in San Antonio to weekly newspapers like Howe Enterprise and Progress Times of Mission, Texas.

“We’re really impressed that such a diverse group of journalists entered a first-time competition,” Broussard said. “I think it’s fair to say that journalism is alive and well in Texas.”

Broussard thanked award dinner co-chairs Jo Ann Holt-Caussey and Barry Hoffman for their work. Holt-Caussey is a veteran Dallas editor and reporter whose body of work was recognized by the Press Club of Dallas with a 2016 North Texas Legends Award. She has been an active press club member since 1982. Hoffman, a Dallas native, was an reporter and editor in the Northeast for almost 50 years, both in broadcast journalism and newspapers. He is a past president of the New York State Associated Press Association.

Judges for the Aynesworth Awards are from the Northeast and West Coast, and had no association with any of the news organizations or individuals who entered the contest.

They include Jean Patman, who directed Pulitzer Prize-winning foreign coverage for the Long Island newspaper Newsday; Tim Smart, executive editor of US News and World Report; Stephani Shelton and Andrew Fisher, veteran reporters and writers for CBS and NBC television news operations; Ed Tobias, former assistant managing editor of Associated Press Radio in Washington, DC.; and Robert Rodriguez, photo editor of the US headquarters of The Daily Mail in New York City.  A complete list of judges is available at the Press Club of Dallas website – https://pressclubdallas.com/ — under the heading “Aynesworth Awards.”

There are a limited number of tickets to the Thursday, Nov. 30 awards dinner. The cost is $50 and includes food and beverage. The tickets go on sale Oct. 5, and those interested in buying them can do so also under the heading “Aynesworth Awards” at the press club website.

Here is a list of finalists for reporting and photography in 2016: