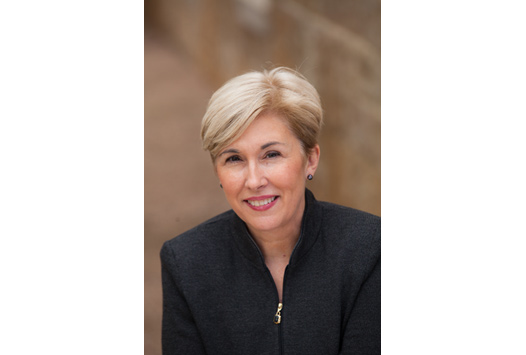 I have worked in several cities, Memphis Tennessee; Washington, D.C; New York City and of course Dallas. When I was here in the 90’s and early 2000s as head of communications for Wyndham, I learned a great deal, including many lessons that I believe will be of great benefit to serving as your Press Club president.

Having traveled with the Peabody Ducks as head of PR for the Peabody Hotel, I learned it’s important to let some things slide of your back – especially when it comes to press conferences. Live ducks will get you some of best press coverage out there, especially if everyone at the press conference tries to catch them when one or two fly off!

Speaking of press conferences, as deputy press secretary to a U.S. Senator – and many of you can relate to this, you’re not always the most popular person in the room when you have to deliver the message, but getting the facts right will make you more popular in the long run.

As Bill Moyers once said, “my judgement as a journalist is not worth anything (in his Texas drawl, he actually said “pig’s ass”) if I can’t back it up with facts.”  Which leads me to our plans and goals for the coming year for the Press Club.

We will build upon the five year strategic plan for the Press Club that Frank Librio, Michael Grant, and many of you in this room have helped develop. With Ayona Anderson, our Marketing Chair, we will take greater steps with our content strategy to keep our website and other communication platforms updated and focused on our Club’s guiding principles of journalism: “Truth, Trust and Transparency.” I hope we can partner with other organizations to launch “Journalism Week” in the City of Dallas and North Texas.

While working in New York, I participated in Social Media Week, which left a great impression on me – mainly the structure of the event. We can even have an App for this!  We will conduct an internal member survey and involve journalism students, media and communications professionals to contribute ideas for our events and programming.  We will engage and involve the legendary journalists who have been recognized in our Legends – Excellence in Journalism Awards event, many of whom have specifically asked to be involved and are passionate about this Club and what we stand for.

I know each of our Board Members takes the responsibility of serving on the board quite seriously. We have big plans for the Press Club and have the highest regard for each other personally and professionally. For this reason, our plan is to build and engage our volunteer committees more fully, providing more time for board members to do important work with their committees, also giving BOD members more time in the months in between to recruit and spend time with members.

I hope to contribute to the lasting legacy of truth, transparency and trust about which journalism stands for and must continue. So many people, not all of whom I can name today, have worked tirelessly to bring the Press Club back.

Hugh Aynesworth, what an honor to serve with you on this board. To see how you have soldiered through (rush hour traffic specifically on Tuesdays for monthly board meetings), never showing discouragement, providing humor, friendship and professional dignity in your service to this Club in a way that makes anyone who comes in contact with you want to work harder and carry the torch for the club and for journalism – well that’s why we have an award named in your honor.

Journalism is at a crossroads with technology and with the public.  Journalists’ livelihoods and yes, tragically many lives are also at stake…that’s why we continue to partner with organizations like the World Affairs Council and others that do a great job bringing in world class journalists for public forums to discuss and solve vital issues.

Communications professionals and journalists have much in common today. We have a shared responsibility to keep truth, trust and transparency in the forefront of journalism – and call out when we see we are falling short. I remain encouraged by what opportunities and challenges journalism students (and their teachers) have before them and promise we will be more visible and diligent than ever in reaching out and cultivating journalism students in N. Texas.

Cary Broussard is CEO of Broussard Global Communications and author of From Cinderella to CEO, How to Master the 10 Lessons of Fairy Tales to Transform Your Work Life (Wiley publishing)[/fusion_text]