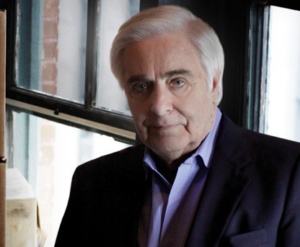 Hugh Aynesworth has been a journalist for almost 70 years, plying his trade in newspapers, magazines and broadcasting.

He is perhaps best known, as the title of his book says, as a Witness to History, because Aynesworth is the only person known to have witnessed all three events between Nov. 22 and Nov. 24, 1963 – the assassination of John F. Kennedy, the capture of Lee Harvey Oswald at the Texas Theater, and the fatal shooting of Oswald by Jack Ruby beneath Dallas Police Headquarters.

Aynesworth’s diligent and tireless efforts to determine whether there was any truth to all the conspiracy rumors behind the JFK assassination established him as an authority on this unique and tragic moment in American history.

In fact, the first editor of Texas Monthly, William Broyles, described Aynesworth as “one of the most respected authorities on the assassination of John F. Kennedy”.

Aynesworth, who has been a Pulitzer Prize finalist for investigative reporting, has also written books about serial killers Ted Bundy and Henry Lee Lucas.

He is an active member of the Dallas Press Club and still writes freelance articles, often for the Dallas Morning News, his employer on that fateful 1963 November afternoon.